I am taking a journey today to the view, looking in and out of windows, through the eyes of Andrew Wyeth, a singular water colorist and master egg tempera painter (actually adding egg yolk to tempera paint). Andrew Wyeth was a regional and rural artist with a superb technical eye to detail whose draftsmanship was praised, but in his later years, as abstract expressionism became the widely accepted mode of modern art, he was regarded as out of step with the art world. He died a solitary man in 2009, at 91. I have a particular connection to Andrew Wyeth as my grandmother greatly admired his paintings and I visited his studio and farmhouse, in Chadds Ford, Pennsylvania where much of his work was painted. Chadds Ford has an eerie mystery of sadness and as you ascend the stairs, you feel the presence of this pensive, sorrowful artist. Andrew Wyeth’s spirit is infused not only in his art, but suffused through his studio and house. 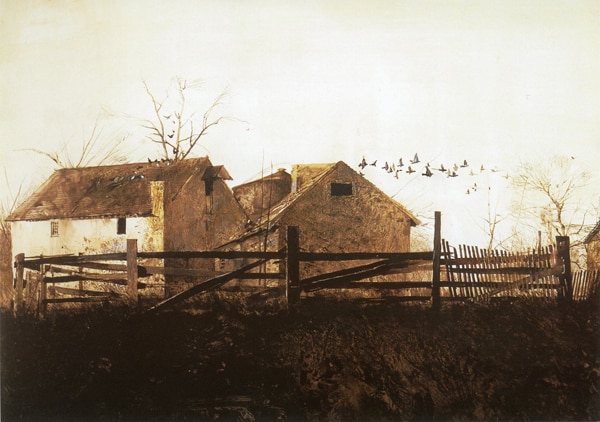 Andrew Wyeth created over 300 works of art on windows and May through November of this year, the National Gallery of Art is exhibiting a special show of just the window paintings. With Wyeth’s and my own fascination with windows, I am taking another look through his windows and dedicating a few thoughts about this impressive but austere man and “Wyeth’s Windows.” 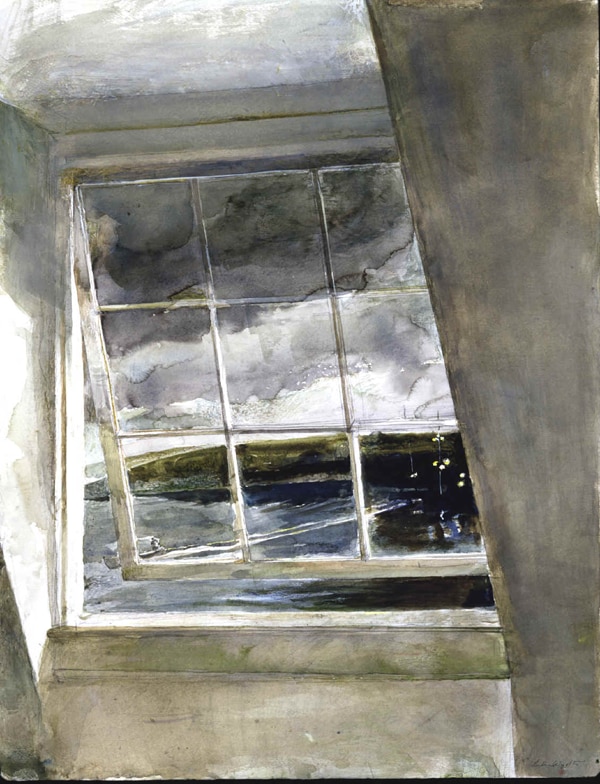 Andrew Wyeth explored windows using many visual perspectives, from far and near, outside and inside, from ground level to upper levels, through curtains, still and flowing. His view through these windows, while always attentive and sharp, are often filled with melancholy and a moodiness and drabness of palette. His painterly outlook through windows does not elicit a bright or lucent feeling but his use of the geometric shape of windows is remarkable in portraying an elusive isolation and stillness of moment. 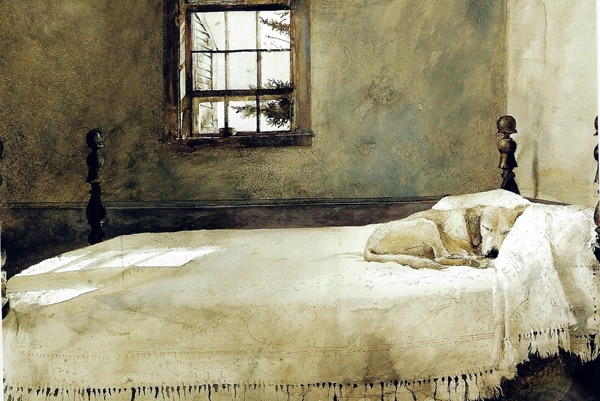 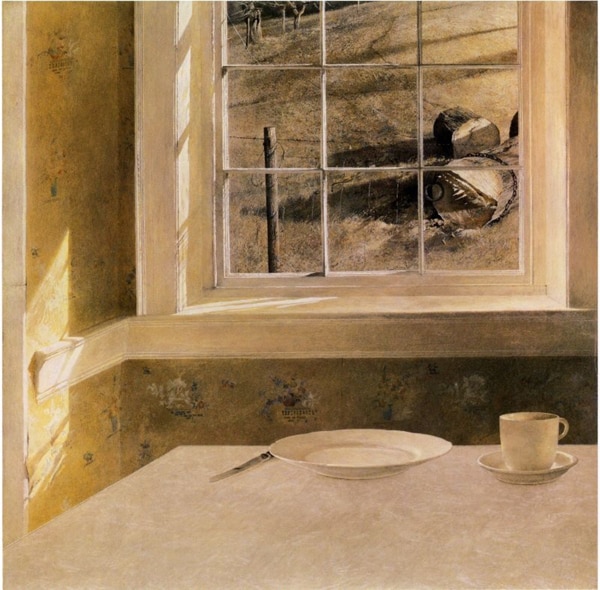 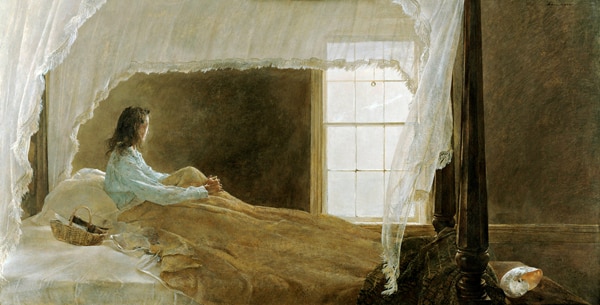 Even though Wyeth’s Studio, below, and the sunlight sparkling in through the Kuemer Farmhouse where he also drew inspiration from many of his paintings, are illuminated with brilliant light, Wyeth seems to ponder the sadness and deep emotion underlying his landscapes and artful tableaus. 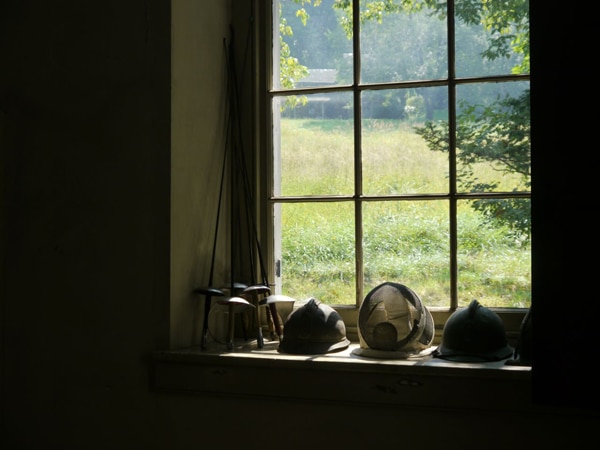 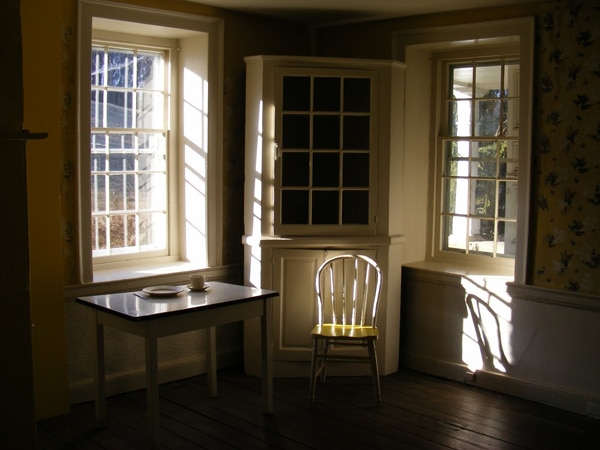 Wyeth was also a master of light and shadow and his obsession with windows must have been rooted in continuous exploration of the transparency of windows and the layers of light spreading through his paintings. 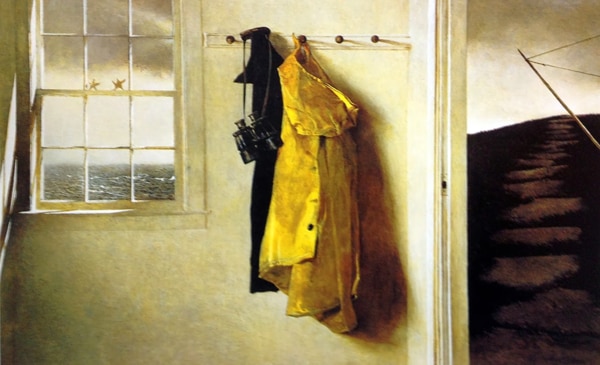 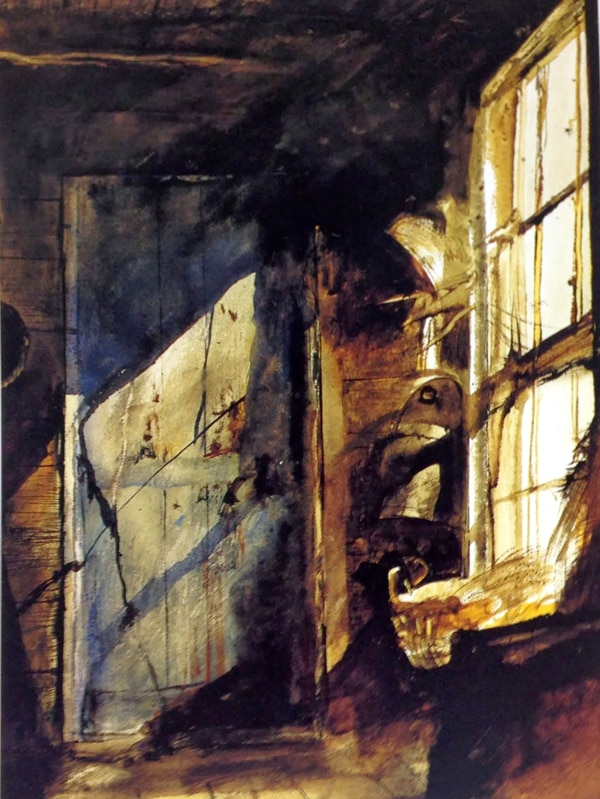 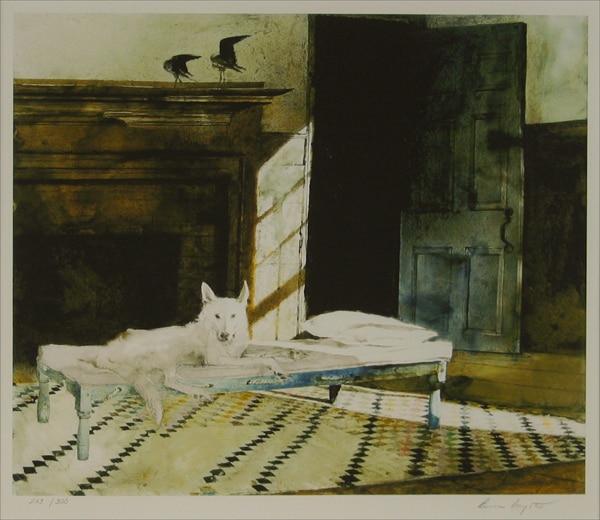 Wyeth’s most iconic window painting of a floating, diaphanous curtain over an open window, invites the viewer to look, remember and reminisce, as memories are filtered through the gauze of the window of time. Wyeth beckons us inside and outside the window to contemplate the mystery and story that lies within and without. 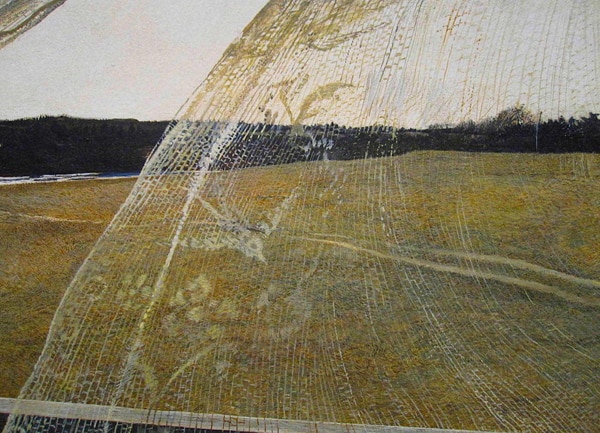 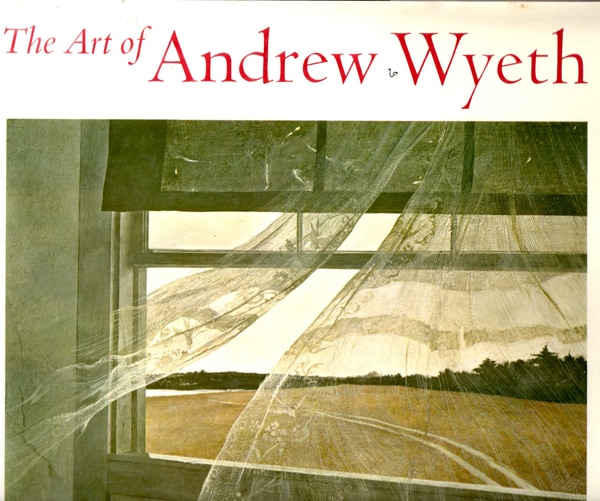 Andrew Wyeth’s, piercing but poetic window paintings, capture a seriousness and steadfastness of spirit that lingers, as his gaze sharpens a moment in time. 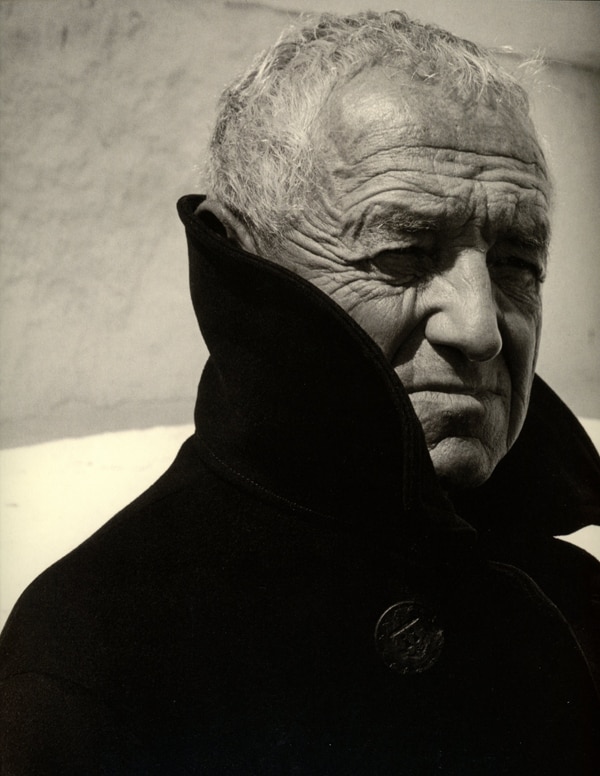 Wyeth’s windows to his world are intimations of expectation and promises to be fulfilled. 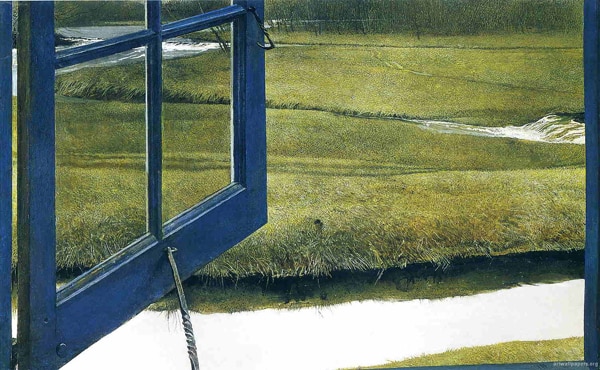